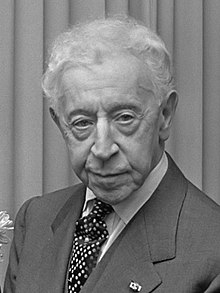 On this day—January 28th, 1887—Artur Rubinstein was born. One of the greatest musical interpreters who ever lived, Rubinstein attracted multitudes with his beautiful tones, delicate touch, and his utter absorption in the pieces he performed.

Rubinstein always played with inspiration; this could be attributed to his belief in not over-practicing. He once said: “I was born very, very lazy and I don’t always practice very long. But I must say, in my defense, that it is not so good, in a musical way, to over-practice. When you do, the music seems to come out of your pocket. If you play with a feeling of ‘Oh, I know this’, you play without that little drop of fresh blood that is necessary—and the audience feels it… At every concert I leave a lot to the moment. I must have the unexpected, the unforeseen. I want to risk, to dare. I want to be surprised by what comes out. I want to enjoy it more than the audience. That way the music can bloom anew.”

So, let’s start at the very beginning. Artur was born in Lodz, Poland, and his name was actually to be Leo. However, his young brother said, “His name must be Artur. Since Artur X (a neighbor’s son) plays the violin so nicely, the baby may also become a great musician!” So Artur he was. (In English-speaking countries, however, he preferred to be known as Arthur.)

At 2 years old, Artur displayed perfect pitch and loved to watch his elder sisters’ piano lessons. At 4, he was recognized as a child prodigy.

“When I was less than four years old, I knew the pieces which were my elder sisters’… who were then 18, 19,” he said. “They played the piano very badly, and I knew their pieces.”

Acting upon his uncle’s advice, young Artur wrote a letter to a famous Hungarian violinist, Joseph Joachim, who replied to him. Here are more of Rubinstein’s words on it:

“My mother had the chance to take me to him. I was four years old. He was very impressed, Joachim, but of course he hoped I would be a violinist. So when I returned home, my father gave me a tiny little violin and a teacher and so on, but I hated it. I broke the violin in pieces. I was spanked for it. And I really couldn’t ever stand to be a violinist because for me, music was polyphony, was everything. I wanted to hear everything in music, the whole sound.”

When Joachim had listened to Artur, he had told Artur’s mother that “This boy may become a very great musician—he certainly has the talent for it. When the time comes for serious study, bring him to me, and I shall be glad to supervise his artistic education.”

Artur made his debut—on the piano—at 7 years old, playing Mozart, Schubert, and Mendelssohn. A few years later, he moved to Berlin to study with Joachim, who introduced the young boy to Karl Heinrich Barth, a piano teacher. Studying with Barth, Rubinstein inherited a great pedagogical lineage: Barth was a student of Liszt, who studied with Czerny, who had been taught by Beethoven.

When he wasn’t yet 20 years old, Rubinstein moved to Paris to launch his career and met many renowned composers and artists. However, when Artur debuted at Carnegie Hall in New York, he found the reception cold. Critics found his playing immature and technically unimpressive.

By 1908, Artur was stuck in Berlin on his way to Paris, destitute and desperate.

“…It was miserable, it was a zero in my life. It was the bottom. I was finished completely… The woman I loved didn’t love me, I had no money, I had horrible debts everywhere, I owed my money to the hotel, they wanted to throw me out… It was terrible really, terrible in Berlin… I didn’t know what to do. But then, I wanted to kill myself, you see. I wanted to commit suicide.”

Artur attempted to hang himself, but the cord broke.

“I didn’t succeed… But then after this… I was reborn, if I may say so. I was reborn… after having been dead. So I saw suddenly the world with completely new eyes. It was absolutely fresh and new to me. I saw that what the devil am I unhappy for? Why should I be unhappy? One can be happy miserable, one can be happy sick, one can be happy in a hospital, even if you die you can be happy if you are going to die, because it’s life. It is still life, you see. I was convinced of that, and that kept me going.”

In 1912, Rubinstein made his London debut, and stayed there throughout World War I, giving concerts and accompanying the violinist Eugene Ysaye. Several years later, he toured Spain and South America, where he became quite popular.

Rubinstein did not just perform live, however. He recorded over 100 hours of music, including most of Chopin’s works, and enjoyed making these recordings.

“I love recording. I must say I love recording without an audience just that there’s something… it’s a fight with myself. I won’t stop recording unless I feel that I cannot do better for the moment. But if there’s the slightest chance to improve on something, I will never give in. I could work twenty-four hours in succession. I am the one that never gets tired, never… I could bring everybody to his grave, but I am not tired when it comes to working a record.”

Even though Rubinstein is considered a great Chopin interpreter, his favorite composer was Brahms. The last piece he played with orchestra was the Brahms Piano Concerto #1.

He loved Schubert as well – he played the Schubert Trio in B Flat with two other famous musicians: Jascha Heifetz, violinist; and Gregor Piatigorsky, a cellist. He also adored Schubert’s Adagio from his Quintet in C, D. 956.

“This is something which I love more than I love anything I can tell you. It went so far that I asked my wife to play it—even on a record—when I will be dying… This, you see, the entrance to heaven… Schubert wrote the music which gives the peace, the feeling of the nothing of anything. Death, resigned, and happy.”

By the mid-1970s, Rubinstein’s eyesight had begun to deteriorate, and at age 89, he concluded his 8-decade career with a concert at London’s Wigmore Hall.

Rubinstein died in his sleep, at 95, at his home in Geneva, Switzerland.

Rubinstein, besides being a wonderful musical interpreter, was also a very thoughtful man. When asked his thoughts on being called the greatest pianist of his time, he replied: “I get very angry when I hear that, because it is absolute, sheer, horrible nonsense. There isn’t such a thing as the greatest pianist on any time, of anyone, nor anything. Nothing in art can be the best. It is only—different.”

Rubinstein was fluent in eight different languages and possessed a wonderful memory. He described it as “photographic”. When recalling a page of music, he would also remember a random smudge or coffee stain on that page. And once he learned Cesar Franck’s Symphonic Variations on a train, without a keyboard, simply by practicing the passages in his lap.

In his eighties, Rubinstein wrote memoirs in two volumes, titled My Young Years and My Many Years. Upon reading it, some were disappointed in the works because they weren’t written to bestow musical tricks or techniques upon the reader. However, I’ve read most of the second, My Many Years, and I enjoyed every anecdote, whether related to music or not.

In 1974, when Rubinstein was 87, Jan Jacob Bistritzky founded an Arthur Rubinstein Internation Piano Master Competition. It is held every three years in Tel Aviv, Israel, and it specializes in the type of music Arthur Rubinstein favored. The next time it will be held is 2017.

“One must play really what one feels with all one’s heart. You must never touch any piece of music which is not yours, which doesn’t talk to you.”

“Life is what it gives you. It is in front of you.”

“Grandiose but not pompous… Never sound pompous, in music, never. You must always sound noble, noble. It is the absolute character of music, it is nobility… If it is not noble, then it is not very good. You must always have the quality of nobility of music… Music is an art of emotion, of nobility, of dignity, of greatness, of love, of tenderness, all that must be brought out in music, but never show-off, pompousness.”

“I have found that if you love life, life will love you back.”

“To be alive, to be able to see, to walk, to have houses, music, paintings – it’s all a miracle. I have adopted the technique of living life miracle to miracle.”

“People are always setting conditions for happiness… I love life without condition.”

Many of the quotes I wrote were copied directly from several interviews with Rubinstein. For instance, to hear him speak on Schubert’s Adagio as I copied down, click here.

To buy his first memoir, My Young Years, click here

To buy his second memoir, My Many Years, click here

Click here for a great interview of Rubinstein at 90 years old. It includes his comments on being the greatest pianist of his time (5:15 in the video) and many more observations.

Rubinstein in an interview about Chopin – part 1 and part 2

Now that’s a lot of links, but trust me: they’re all worthwhile.

So, a happy birthday to Artur Rubinstein! He would be 129 today.

However, a main point to take away is that Rubinstein was not just a wonderful performer, but also a unique person. He was earnest, intelligent, and appreciated all the types of art. He loved music, loved people, loved life. As he once said:

Every day was the best thing that happened. Every hour. Always. Still now. I wouldn’t give one single moment of my life for another one.